Global Thinking Foundation is an international non-profit foundation established in 2016 with the initiative of Claudia Segre, to support, sponsor and organize events and projects of citizenship and economic sustainability, and financial education for adults, especially women and vulnerable groups, based on a value-based approach.
In line with the objectives of the Agenda 2030 programme for Sustainable Development drawn up in 2015 by the UNHCR, over the years it has promoted numerous trainings and educational initiatives aimed at the economic empowerment of women, the economic sustainability of families, the promotion of a culture awareness of savings, to prevent violence and economic abuse, and support a proactive role of the most vulnerable people in society and in the development of the country.
Among these initiatives, the “Focus Sud 2019-20” and “Women Squared” projects – which include this publication, the traveling exhibition Libere di… VIVERE and the series of graphic novels – organize educational and mentorship activities in which a selected group of volunteers provides women with their experience and expertise, and practical support in proven cases of economic abuse. 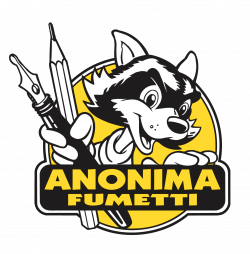 Since 1994, the non-profit association Anonima Fumetti has been involved in the promotion of comics as an artistic expression and cultural tool. The aim, at the artistic level, is to constantly improve the quality expressed, in accordance with the ongoing evolution of media and contemporary artistic disciplines; on the social front, to promote the image of the category, mutual exchange, trade union representation and professional integration.
Throughout its history, Anonima Fumetti has contributed to the birth of the Franco Fossati Foundation, the SILF – Italian Comics Workers’ Union, and the international Cartoon Art Coalition federation. It has actively collaborated in the publication of fundamental works on comics such as the works of Scott McCloud, Will Eisner, Benoit Peeters.
In recent years the Association has organized countless exhibitions in Italy and abroad, as well as lectures and conferences with some of the world’s greatest authors. Moreover, it actively works to stimulate the recovery of the Italian comics market, also through the relaunch of literature designed for children and young people.