Little Mafalda is the protagonist of the homonymous comic strip created by the Argentinean Joaquín Lavado, known as Quino, which was published between 1964 and 1973 and has become very popular in South America and all over the world. Mafalda’s gaze on humanity is, at the same time, feminine, sharp and irreverent. Mafalda unhinges the hypocrisies of a small bourgeois world that denies itself to see reality, hiding its head in the sand. Intelligent and pestiferous, Mafalda storms, with her questions about peace, war and society, wealthy and well-to-do adults who can’t or won’t answer. The result is, invariably, cynical, caustic, irresistible. Mafalda does not integrate, does not accept compromises, and her humour spares no one. She was looked on with suspicion by the Peronist Left, who accused her of not being politicised enough, and obviously put on the index by Videla’s right-wing coup, who forced Quino to leave Argentina to save his own skin – like other Argentinean cartoonists, first of all, Héctor Oesterheld, author of L’Eternauta. Together with Mafalda there is her group of friends, children like her, who represent the reflection – innocent, ironic, ruthless – of the planet of adults in all its aberrant facets. Quino’s strips have been translated into dozens of languages, and a statue in a square in Buenos Aires and a commemorative plaque on the building where the author lived when he created the character are dedicated to his protagonist. 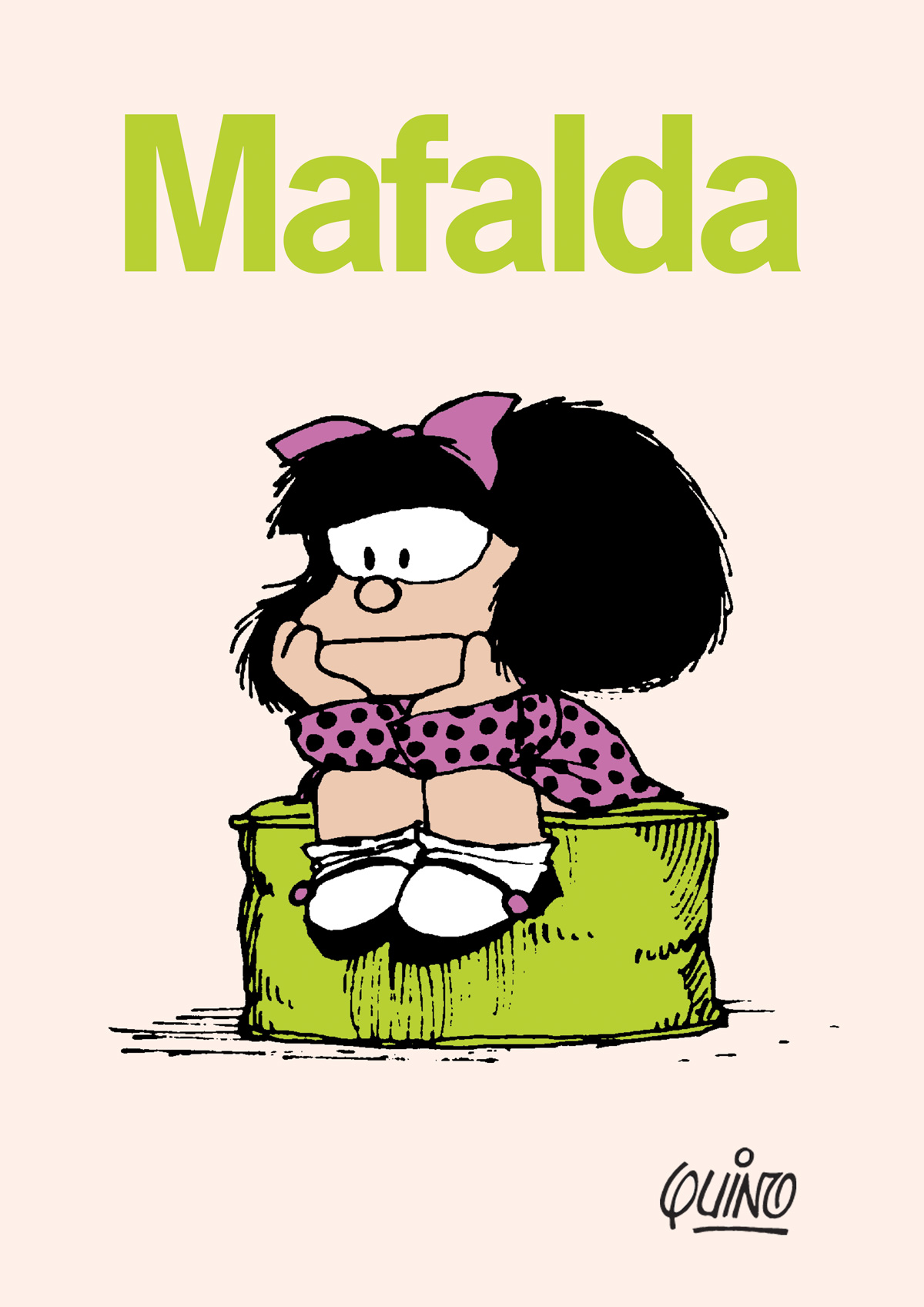 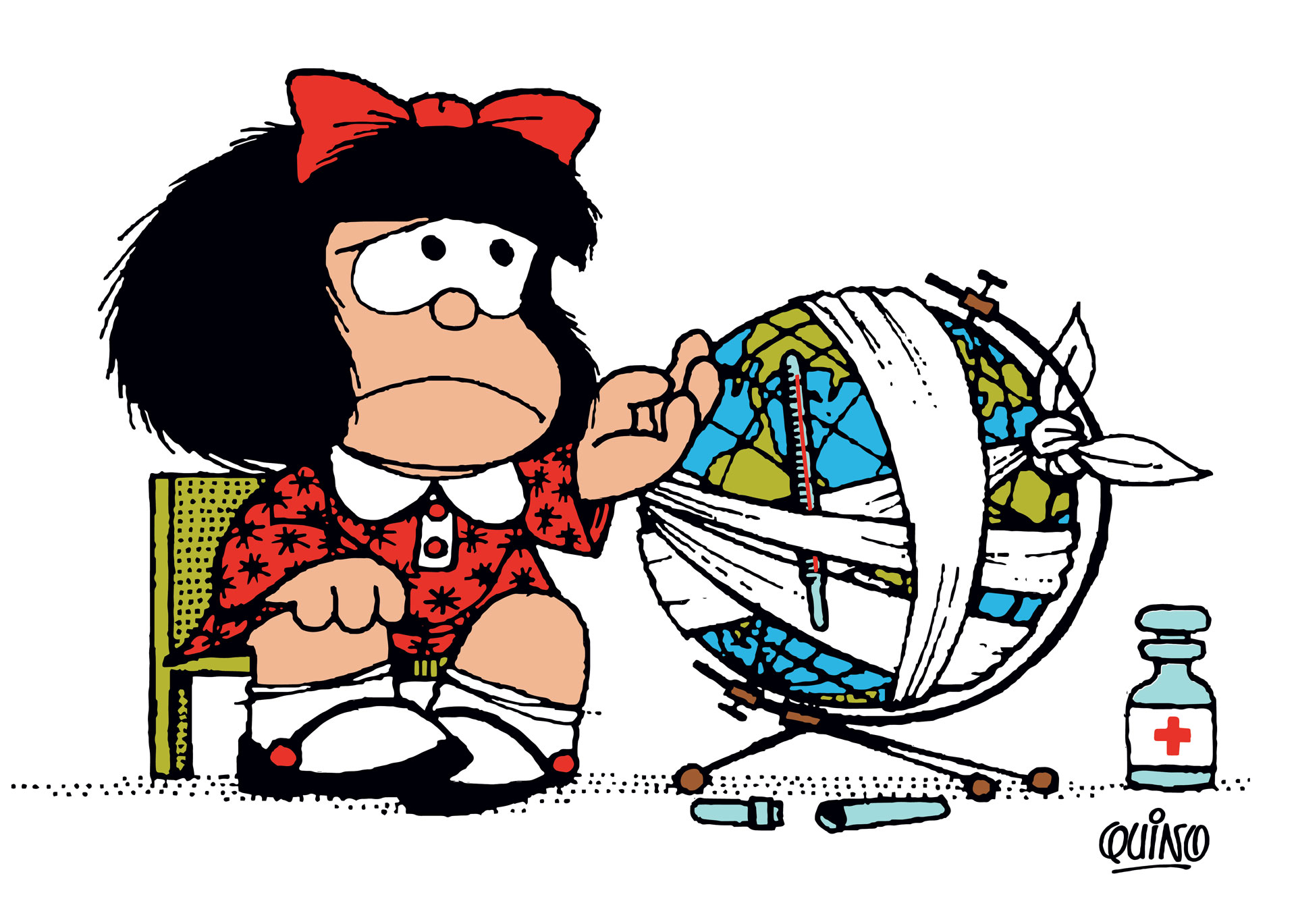 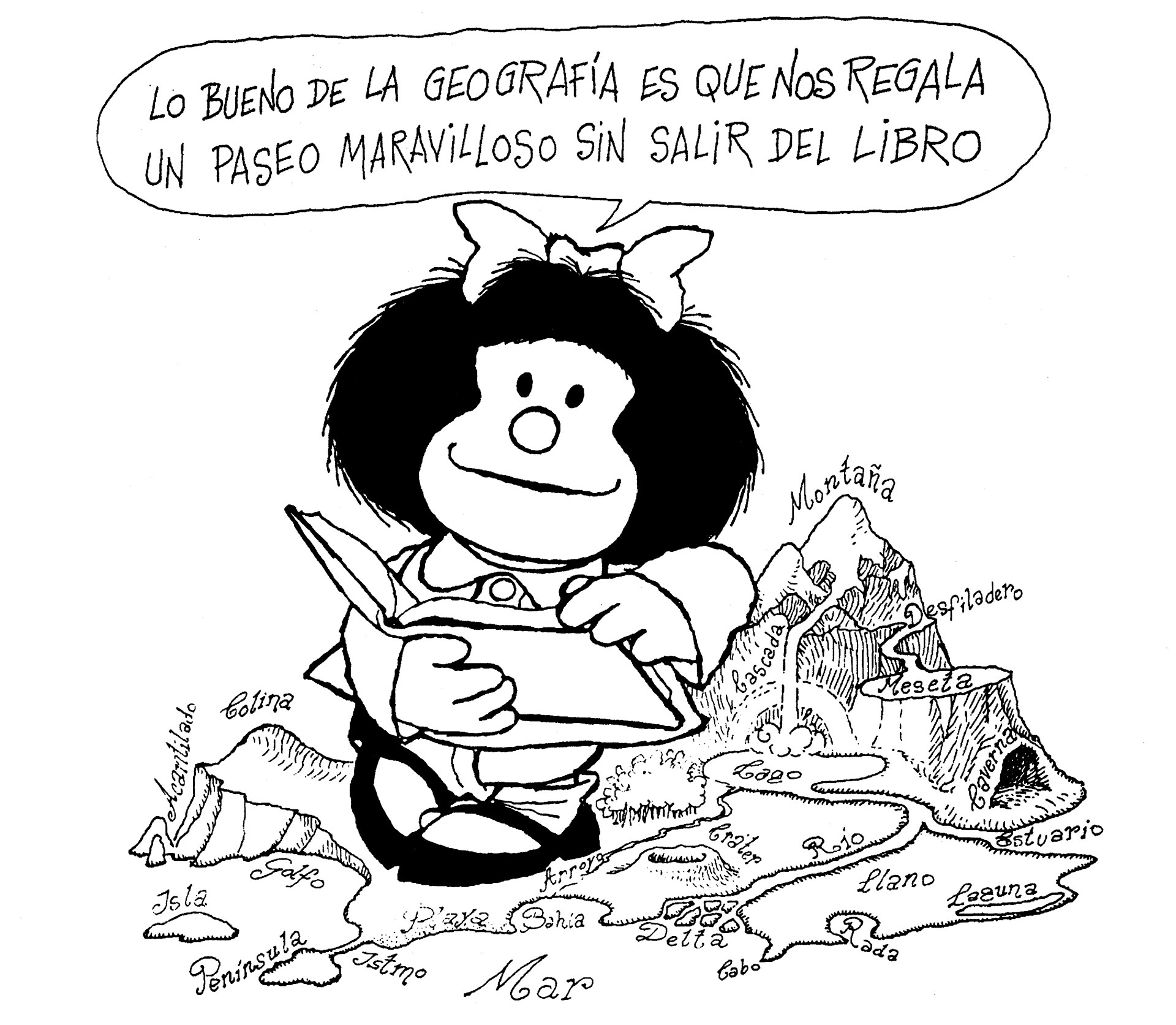